Find the perfect hotel in Goa

When it comes to choosing the perfect luxury holiday in Goa, it is difficult but you can find more luxrurious, comfortable and enjoyable hotel on on-line. One of the most famous beach destinations in the world today, Goa has made it to the list of the foremost tourist destinations in India, especially when it comes to entertainment. The kingdom of Goa is one of the coolest and terrifying place in India. There are innumerable hotels in Goa that offer an amazing atmosphere, delectable treats and comfort. Mostly hotels and resorts are offering casinos for his customers. tourist can easily find an online casinos offers and promotions that are currently available and how to effectively benefit from it. If you want know more information about the bonuses then you can also see the game here.
Many people prefer staying in a stylish Gon resorts like Blue Coast or the Majorda Beach Resort. Here, you feel rejuvenated when the environment is very quiet. The hotels offer you wonerful hospitality and the goa cuisine from the restaurant will maker you ask for more. These hotels are not bad at all, and they provide convenient spaces.You can find all the modern facilities such as telephone, fax and TV room and happy fruits .These hotels also have business facilities as well.
Posted by Kamau Mbiyu at 4:36 AM No comments:

For tourists in Kenya who wish to learn more about Kenya’s history and culture, there are very many museums around the country to visit.  The museums are open to the public, and have galleries that display artifact, exhibits, photos, ornaments, animals, birds and many other items that tell much about Kenya as a country and her people. A small fee is charged for visitors. 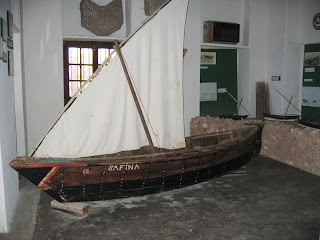 Lamu museum is located in Lamu town, one of the world heritage sites. It got the title for being the oldest Swahili town that has remained the same. It is set on a pristine and scenic environment. The Lamu town is isolated and has so narrow streets that cars are not allowed. The main form of transport is walking, donkey riding and boat riding. The museum is housed ion the Lamu Fort, whose construction began in 1813. The fort has seen many years of war and acted as a sanctuary during the battles. By 1900, the fort had become a central figure which the town identified.

Also at the Kenyan coast is the Malindi museum. The museum is housed by a 19th century building that is situated along the sea front. It has two stories, and its roof is covered with tiles. The walls are made of plaster, over coral in lime mortar and bas beautifully carved Bujani doors. Currently, the museum displays temporary exhibitions. It is also an information centre, rich with resources that visitors will need about Malindi. 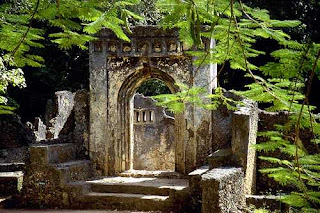 The Gede ruins are the remains of an ancient town in the coast, which was of Swahili culture. It dates back in the 12th century, but was rebuilt sometimes in the 16th and 17th centuries. It shows remains of a mosque, palace, and houses. There is also a well outside the mosque. The ruins are now a monument in Kenya and the area around is an archaeological site. There is the Gede indigenous forest nearby and it is a sacred place where the local communities conduct traditional ritual and prayer ceremonies.

The hyrax hill museum is located in Nakuru and it depicts the nomadic and seasonal lifestyle of the people who existed there thousands of years ago. It is located in a former farmhouse, and contains artifacts from the Hyrax hill site and other sites in the rift Valley. The hill gets its name from hyraxes, which are found in large populations around the area. The museum is rich in archaeological information and exhibits, some of them dating back to the Neolithic period.
While at it, Tourists can also be treated to other activities such as golf safari in kenya, Mount Kenya climbing, Nairobi and Mombasa excursions, sight seeing and many other activities.
Posted by Kamau Mbiyu at 11:48 PM No comments: